Railways to release new all-India time-table, to be effective from today

Lucknow , August 10: The Uttar Pradesh Anti-Terrorist Squad (ATS) on Tuesday arrested a terrorist with Islamic State (ISIS) links from Mubarakpur in Azamgarh, who was planning an IED blast on Independence Day.
According to an official release, the man has been identified as Sabauddin Azmi alias Dilawar Khan alias Bairam Khan alias Azar, a member of the All India Majlis-e-Ittehadul Muslimeen (AIMIM). He is a resident of the Amilo area of Azamgarh district.
Subauddin used to lure people to join it and also propagated about ISIS on social media platforms.
A case has been registered against Sabauddin in Lucknow under sections 121A, 122, 123 of the Indian Penal Code (IPC), the Unlawful Activities (Prevention) Act and the Arms Act.
“We received information that a person in Mubarakpur of Azamgarh district, who is influenced by the ISIS ideology through his associates, is spreading the jihadi ideology through WhatsApp and other social media applications. He is also encouraging others to join the terrorist organization,” the statement reads.
The accused was brought to the ATS headquarters in Lucknow for interrogation, where, after questioning and scanning his mobile data, it came to the fore that he joined the Telegram channel “Al-Saqr Media” created by ISIS to brainwash Muslim youth for terror and violence. 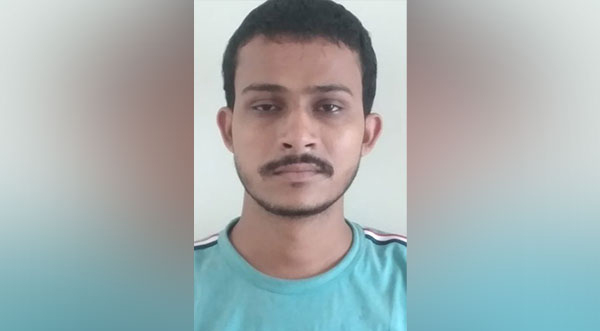 During the interrogation, it was also revealed that Sabauddin connected on Facebook with a person named Bilal in 2018. Bilal used to talk to Sabauddin about jihad and the action being taken on the Mujahids in Kashmir. Bilal gave the number of Musa alias Khattab Kashmiri who is a member of ISIS, following which he came in touch with the terrorist group.
“In relation to the plan to avenge the atrocities on the Muslims in Kashmir, Musa gave the number of ISIS’s Abu Bakr al-Shami, who is currently in Syria. After coming in contact with Abu Bakr al-Shami through social media, Sabauddin learned about the retaliation of the action on Mujahideen, the formation of an Islamic organization in India like ISIS and also how to make IEDs,” it added.
According to the ATS, Shami told Sabauddin about the method and necessary material to make IEDs and he was contacted by ISIS recruiter Abu Umar, who is a resident of Mauritania.
ATS further said that Sabauddin received training of hand grenades, bombs and IEDs by Abu Umar through social media apps.
“Following this, the Mujahideen started working on the plan to establish Islamic State in India and to implement Islamic rule and Sharia law in India,” said the ATS.
Sabauddin was working on a plan to target the Rashtriya Swayamsevak Sangh (RSS) members for which the accused created a fake e-mail ID and Facebook account using RSS name.
The ATS also recovered illegal weapons and cartridges along with materials used in making bombs from his possession.
Searches were also conducted at his residence. (Agencies)

As the #JammuAndKashmir government is endeavoring to bring new and unexplored areas on the UT’s tourism map, stakeholders say the festival can ‘usher in a new era of hope and development’ for the remote area and its ‘forgotten people’.